Beneil Dariush Out Of His Main Event Fight With Islam Makhachev

The UFC has lost another main event on back to back weeks no less.

This week’s scheduled main event featuring Rafael Fiziev and Rafael dos Anjo was moved to UFC 272 due to Fiziev being unable to obtain a visa in time.

Unfourantately Dariush had to pull out due to an ankle injury.

But one offered to step on 9 days notice unranked fan favourite Bobby Green.

As long as it’s a catchweight bout.

From the UFC perspective, they don’t a lot of options they could cancel the fight and put on Misha Cirkunov vs Wellington Turman as the main event which no one wants.

The only other ranked lightweight on the card is Arman Tsarukyan who has already fought and lost to Makhachev.

I’m guessing Green is the only person who has offered to fight Makhachev.

There have never been a lot of people offering to fight Makhachev on a full camp let alone on one week’s notice.

I will be very interested to watch a Green Makhachev fight.

We have Islam whos one of the hardest to hit fighters in UFC and also has some of the best grappling as well.

Then Green whose output of strikes is one of the highest in the UFC and a fighter who no slouch in the wrestling.

I don’t think it will resemble when Islam fought Drew Dober.

Islam will have to work to get those takedowns, and Green brings a level of confidence to the cage that not a lot of fighters have.

He’s already fast becoming a fan favourite if he can end Islam’s nine-fight win streak that will shoot him into almost superstar levels of fandom. 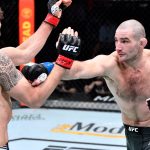 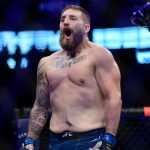 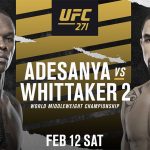