Where he has fought nothing but the highest level UFC middleweights. Including Jared Cannonier, Robert Whittaker, Ian Heinisch, Jack Hermansson, Darren Till and Israel Adesanya.

He’s just doesn’t seem to be able to compete with the elites of middleweight diversion anymore.

Imavov has a 3-1 UFC only losing to Phil Hawes in a razor-close majority decision.

At UFC 268 he had his most impressive performance to date finishing Edmen Shahbazyan with elbows on the ground in the second round.

Currently fighting out of the MMA Factory under Fernand Lopez.

He looks to be the next prospect to come out of the famed Paris gym.

I believe Imavov to be among the middleweight elite by the end of the year.

At just 26 years old, he looks better and better in each performance. 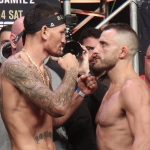 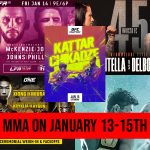