This week many MMA promotions are returning after their Christmas break.

Here’s what’s on and how to watch them:

On Wednesday we have Invicta FC 45 headline headlined by an Atomweight bout between Alesha Zappitella and Jessica Delboni.

It will be streamed on the Invicta FC YouTube page at 8 pm ET time or 1 am UK time.

Friday we have a ONE FC card being held in Singapore.

The main event is for the women’s flyweight belt champion Jingnan Xiong takes on Ayaka Miura.

In the Co-Main Event, the heavyweight kickboxing championship belt is on the line between champion Roman Kryklya and Murat Aygun.

We also have Dagestani stand Saygid Izagakhmaev making his debut against James Nakashima.

For UK viewers you can watch the full event if ONE’s YouTube Channel and the ONE Super App The card will start at 10 am UK time.

On Friday we have US region show LFA hosting their first card of the year.

In the main event, we have a lightweight title fight between champion Aaron McKenzie and Joshua Jones.

LFA is streamed exclusively on UFC Fight Pass. For it starts 2 AM UK time and 9 PM EST time.

For the European MMA fans, we have Polish promotion KSW.

The is main event is for the lightweight belt champion Marian Ziolkowski takes on Borys Mankowski.

In the Co-Main Event, the light heavyweight belt is on the between champion Tomasz Narkun takes on Ibragim Chuzhigaev.

To watch KSW is streamed exclusively on their PPV site KSWTV.com.

Opening up the UFC calendar year is a fight night card between 5th ranked Calvin Kattar and 8th ranked Giga Chikadze in the featherweight diversion.

In the co-main event, we have 2nd ranked Katlyn Chookagian takes on 4th ranked Jennifer Maia.

The prelims are streamed on UFC Fightpass. 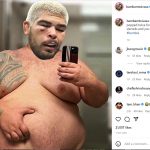 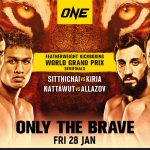 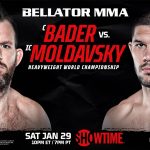 Join our growing community on Facebook with thousands of fighters sharing the latest news and tons of awesome fight content.