In the co-main event, we have a couple of ranked lightweights, 6th ranked  Benson Henderson.

Taking on 7th ranked Russian Prospect Islam Mamedov who is currently on a 19 fight win streak dating all the way to back to 2009.

We also have a few upcoming prospects on the prelims 5-0 Lucas Brennan takes on 5-4 Ben Lugo.

Henry Corrales vs Aiden Lee – Featherweight – Henry Corrales wins via technical decision after an unintentional eye poke left Aiden Lee unable to continue at 40 seconds of round 3, 30-27 on all scorecards. 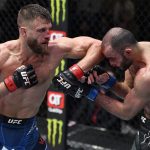 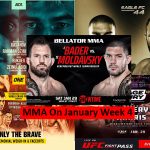