Martial arts requires a significant investment of time, energy, discipline, and it takes a lot of commitment and dedication.

Choosing the right martial art is crucial because you need to enjoy it to be able to commit to it.

Martial arts are a great sport to do.

You gain strength, fitness, power, you become healthier and you learn new self-defense skills and techniques.

In this article, we’ll be looking at the 7 best martial arts to learn first and why you might want to get into one.

Most martial arts are good to learn, as they all have good fundamentals.

However, here are the 7 best martial arts you should consider learning first:

Let’s take a look at each martial art in more detail and why they might be good for you to get into.

Karate was developed as a weaponless self-defense martial art.

It originated in Okinawa, Japan, in the 20th century.

It consists of different types of moves like punches, kicks, and blocks.

Karate is a very well-known sport across the world and it’s being taught at many schools as an extramural activity.

Why Is Karate Good To Learn First?

Pros and Cons for Karate:

Karate is a good way to learn the basics of fighting and self-defense.

There are three elements in Karate that get taught to every practitioner.

Karate works on a belt system.

There are 20 different levels, but only 8 different color belts.

The 8 colors of Karate belts in order are:

This martial art teaches you a lot of patience, self-control, and discipline.

It also makes use of the entire body which makes it a well-balanced sport.

Also Read: [EXPLAINED] How To Make Money In Jiu-Jitsu Without A Gym

What You Will Need For Karate

You don’t need much to get started in Karate.

All you’ll need is:

Once you’ve got these bits, you can start training immediately.

Boxing started many years ago, but only became well-known around 1904.

It’s one of the oldest martial arts in history.

It was one of the first Olympic sports to get worldwide recognition.

Boxing is the most widely practiced stand-up fighting style across the globe.

The 2 different stances in Boxing are:

Boxing techniques involve mainly the top half of the body because there are no kicks involved.

Also Read: [EXPLAINED] How To Get Your BJJ Blue Belt Faster

Why Is Boxing Good To Learn First?

Pros and Cons of Boxing:

This combat sport is a good way to learn self-defense because of its useful and practical striking techniques.

Boxing is the most natural and simple way for a human to fight.

You will be taught the basics of striking with your fists, which will help you understand the fundamentals of other striking martial arts too.

There are 4 main boxing styles which you’ll be taught, including:

Boxing has 4 main techniques that get taught to each practitioner, these include:

Boxing has many benefits, like keeping you fit and building strength in your arms and core muscles.

Also Read: [EXPLAINED] Can You Learn BJJ By Yourself?

What You Need For Boxing

You could start boxing with as little as a pair of boxing gloves and a mouthguard.

Once again, you don’t need all of the above to get started.

It teaches you to strike opponents using various limbs.

That’s why Muay Thai is known as “The Art of 8 Limbs”.

This is a stand-up striking sport but also uses a few clinching techniques.

Why Is Muay Thai Good To Learn First

Pros and Cons of Muay Thai:

In Muay Thai you learn valuable self-defense skills which you can use on a day-to-day basis.

Your entire body is a weapon in Muay Thai.

It’s a great foundation for stand-up striking, that’s why many MMA fighters will study it.

Muay Thai provides many benefits like getting fitter, getting stronger, becoming flexible, and makes you more agile.

Also Read: [EXPLAINED] What Is Jiu-Jitsu? | The Best Martial Art

What You Will Need For Muay Thai

There are a few things you’ll need for Muay Thai.

The most important on this list are boxing gloves and a mouthguard.

However, I highly recommend also investing in shin guards, and hand wraps.

It’s a martial art that originated in Brazil, with techniques derived from Japanese Jiu-Jitsu and Judo.

In BJJ the goal is to take down the opponent but the key is to use your body weight, pressure, leverage, and timing to control and submit your opponent using submission holds and chokes.

Why Brazilian Jiu-Jitsu Is Good To Learn First

Pros and Cons for Brazilian Jiu-Jitsu:

BJJ will look difficult when you watch it from the outside.

It becomes much easier and more intuitive once you understand the fundamentals and basic concepts.

BJJ doesn’t just train your body, it trains your mind as well.

When you are mentally strong as well as physically strong, you can adapt to dangerous situations and calm your mind.

It’s a great way to learn self-defense and it offers high-intensity workouts.

BJJ teaches you to defend yourself against a larger opponent.

There are many physical and mental health benefits of BJJ that make it a worthwhile martial art to learn.

What You will Need For BJJ

The list below is all the essentials you’ll need for BJJ.

Nothing more, nothing less.

Wrestling is one of the oldest martial arts in the world.

The goal in wrestling is to pin down your opponent and incapacitate them.

Wrestlers grapple in many different ways and get their opponents to the ground using throws, tripping, and ankle picks.

Why Is Wrestling Good To Learn First

Pros and Cons for Wrestling:

Wrestling improves strength and flexibility in your muscles and joints.

The physical and mental benefits of wrestling help you increase your balance and speed.

Wrestling is considered a safer martial art, as it doesn’t focus on striking at all.

You get taught to stay calm in tense situations, using various grappling techniques to beat an attacker.

Wrestling offers high-intensity workouts and gets you extremely fit.

What You Will Need For Wrestling

I highly recommend a good pair of wrestling shoes.

Judo is an ancient martial art that originated in Japan.

Its main techniques are throwing, sweeping, taking down opponents, and using grappling to finish an opponent.

Judo allows smaller people to take down much larger opponents.

There are about 100 techniques used in Judo, of which 68 are takedowns and 32 are ground fighting techniques.

Why Judo Is Good To Learn First

Pros and Cons for Judo:

Why Judo Is Good To Learn First

Judo can be learned at just about any age from young kids to middle-aged men.

It’s teachable and easy for beginners to understand.

Judo teaches you how to maintain a steady mind in dangerous situations.

There are many physical and mental benefits in Judo, for example, fitness, strength, balance, and mental strength.

Judo is a great martial art for learning self-defense.

What You Will Need For Judo

Similar to Jiu-Jitsu, you don’t need much to get started with Judo.

Many law enforcement agencies, including SWAT, use Krav Maga as training.

Its only focus is on real-world application.

Why Krav Maga Is Good To Learn First

Pros and Cons for Krav Maga:

Krav Maga is a fast-paced martial art that focuses mainly on survival situations.

Most of what you do and learn in class is practiced against someone who isn’t fighting back.

Krav Maga cannot be trained against a resisting opponent.

The reason being is the techniques you use can injure the other practitioner.

You get taught to think fast and observe your surroundings.

What You Will Need For Krav Maga

There aren’t any specific uniforms that you need for Krav Maga.

You normally train in black long pants or short pants and a black T-shirt.

Starting any martial art is great.

The benefits they offer go far beyond self-defense tactics, but can even impact your mental and emotional well-being.

So choose a martial art that suits you, and join a fast-growing global community of fighters. 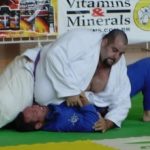 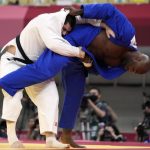