Boxing can be a fun and good way to get exercise and learn self-defense, but it’s also a brutal and extreme sport.

The sport of boxing has been around for many years and is the most popular martial art in the world.

In this post, we’ll look at the 5 disadvantages of boxing:

You get many different injuries in boxing that can have both short and long-term effects on your body.

All sports have their risks, but long-term boxing injuries are some of the most brutal injuries in sport.

What Types Of Injuries Do You Get In Boxing?

Keep in mind, if you’re training boxing for fitness and don’t spar much then you should be fine.

The following injuries are mainly associated with people who spar and compete in boxing as a sport.

Boxers are more likely to get brain damage in their careers.

As a boxer, you take many blows to the head causing concussions and swelling on the brain.

The tissues and nerves in your brain get damaged when being punched in the head.

As a result, you can also experience blood clotting in the brain.

Brain damage can lead to later on Alzheimer’s and Parkinson’s, or even Chronic Traumatic Encephalopathy also known as CTE.

CTE is a progressive brain condition that comes from too many blows to the head, often experienced by athletes who play other sports like American Football or ice hockey.

Boxers will realize after they retire they have a loss of memory, dizziness, headaches, and even tinnitus (ringing in the ear).

Head injuries are the most dangerous injuries in boxing, often leading to long-term brain damage or even early death.

But these injuries can be avoided if you don’t train with a sparring partner or compete.

Many people enjoy training in boxing as a fitness exercise.

When being punched in the face, you’ll often suffer from cuts and bruises.

Some cuts can be severe enough to scar you for life.

These injuries will leave both temporary and permanent scarring and often cost quite a bit of money to repair. 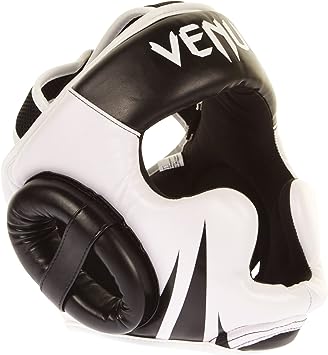 Body shots in boxing are very common and often result in painful injuries that take a long time to heal.

Punches are thrown to the ribs, stomach, and the worst of them are kidney shots which can collapse even the toughest of boxers.

In boxing, you get a lot of body bruises and broken ribs, or even internal bleeding and ruptured kidneys which are extremely painful.

If you train hard and compete in boxing, you won’t only get injuries to your body and head.

Hand injuries are quite frequent in boxing too.

You could hurt your hand or wrist by punching wrong or landing your punch awkwardly. spraining or even breaking your wrist.

Breaking your metacarpal (bones in your hand) and fingers is also a risk when punching if your hands aren’t wrapped correctly. 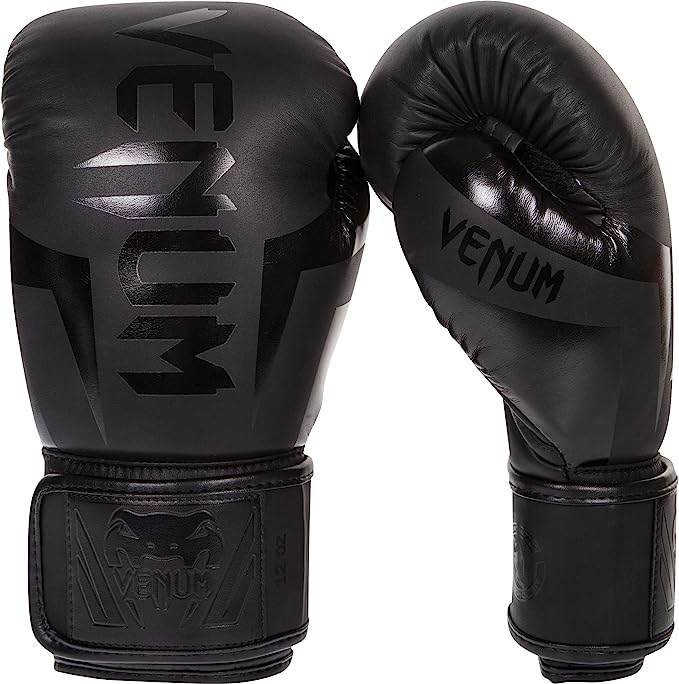 These Venom Elite Boxing Gloves have around 5,000 reviews on Amazon, and they're all 5-star. These world-leading gloves are great for beginners and more advanced fighters.

Boxing is a difficult sport to make money in for most competitors.

As little as 1% of boxers collect as much as 95% of all the prize money, leaving very little for the rest of the fight card.

Boxers also typically have a very long amateur career before they can start competing professionally.

This means that most boxers must often have another job (like coaching) to make an income while they compete.

Most boxers are broke and only some are lucky enough to make millions, like Floyd Mayweather.

Boxers aren’t only getting exploited by their promoters and managers, but they get a lot of pressure from crime syndicates.

Many boxers have been told to “throw” matches, meaning they lose on purpose to allow gamblers to win bets and influence championship bouts.

Often determining the future of young boxers who’ve trained hard for many years.

ALSO READ: [EXPLAINED] How Much Money Do Boxers Actually Make?

Boxing is not a sport that you can do without regular training.

It takes a lot of endurance, skill, and practice to master the art of boxing.

It’s a sport that’s very time-consuming and takes a lot of dedication.

If you don’t train regularly, you risk severely injuring yourself if you compete or train against someone who’s skilled at boxing.

How Many Days A Week Should You Train Boxing?

You should be training at least 4-5 times a week if you want to be any good or to make it as a boxer. If you’re a beginner or a casual boxer, you could get away with training 2-3 days a week.

In fact, most professional boxers will train multiple times a day.

Boxing takes a lot of time to develop and perfect.

How Long Should A Boxer Train A Day?

Boxers should be training at least 3-5 hours a day to be ready for a fight.

They must do training camps which can take anywhere from 6-12 weeks to get ready for a fight. Casual boxers will typically train for 1-2 hours a few times a week, far less than professional boxers.

Training camps are very time consuming and hardcore, so it takes a lot of dedication and commitment.

There have been many incidents where boxers have cheated by putting things in their gloves to punch harder.

Some go more extreme by biting (like Mike Tyson) or headbutting opponents.

Boxing can also lead to violence outside the ring such as street fights and domestic violence in homes if boxers don’t manage their emotions well.

Brain damage is often a cause of domestic abuse because boxers are unable to gauge and control their emotions correctly.

Boxing can have a positive or a negative impact on a fighter’s attitude. It’s a great sport to help children or even adults develop discipline and stay out of trouble. But it can also teach bad people the best way to solve problems through anger and violence.

The sport can help with anger issues, but it could also make it worse by teaching angry people that punching things is the best way to release anger.

Which is not always the best solution to the problem.

Weight cutting is a big factor in the sport of boxing.

Many boxers cut weight to fight in a division they believe they’d perform the best in.

Most often moving down in weight to hopefully fight smaller people than themselves.

Cutting weight is not good for your body, especially when you drop a lot of weight in a short period of time.

What Are The Dangers Of Weight-Cutting?

Cutting weight can lead to many complications that affect you physically and psychologically.

Some boxers faint from dehydration or even die.

It can also lead to risks of acute cardiovascular problems later on in life.

To read more about the risk of weight-cutting, you should read our article about MMA weight cutting.

It’s applicable to boxers too.

If you want to train and compete in boxing, I recommend watching and learning from someone like Floyd Mayweather.

One of the best defensive boxers to ever live.

He achieved the most elite level in boxing while taking very little damage.

Otherwise, if you’re simply training boxing to get fit, try not to spar very often and you should be fine.

READ MORE: Boxing Vs Karate | Which Is Better? 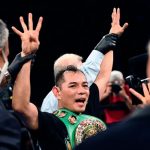 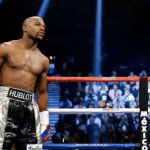 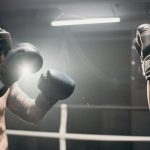