Every so often though, there’s an absolute gem that creates a cult of followers and can shape a generation.

Here are my top 5 best martial arts movies of all time, ranked based on fight scenes, cinematography, and how well it’s aged.

Realism is a factor, but not as important as the overall impact the movie has had on fighting culture.

Every 70s, 80s and 90s kid can reference the teachings of Mr. Miyagi and imitate the infamous crane kick.

The accuracy of the tournament fight scenes was close enough to be believable, and cinematically it’s still watchable today.

Even if only for pure nostalgia.

This movie has stood the test of time and had a huge influence on martial arts culture.

You can get the full series in one BluRay set (if you’re still into that) on Amazon, or get the VHS if you’re feeling really nostalgic.

This one is for the younger generation of boxing fans out there.

Jake Gyllenhaal trained like a beast to bring the role of a true champion to life.

The fight scenes were realistic, but it was the post-fight emotions that I appreciated about this movie.

The story line had good depth and made you care about the characters.

As a fight fanatic, I love Southpaw.

It truly is one of the great fight movies.

This movie created an army of boxing fans and has been an inspiration for many people, despite it being a fictional story.

Sylvester Stallone embraced the role and transformed his body like a professional athlete.

Training like an actual boxer for a roll that would catapult his career to new heights.

Fight Club shows the evolution of rebellions and anarchists.

People wanting to separate themselves from big business and governments.

The twist was one for the ages and the raw nature of the fight scenes shows the brutal nature of underground bare knuckle fighting.

This also showed a dark side of the human mind, that we embrace pain and the freedom that comes from accepting we aren’t in control.

This is by far my favorite on this list.

This film is iconic in the world of martial arts.

It was created by the person considered to be the greatest martial artist of all time, Bruce Lee.

The fight scenes are incredibly well choreographed and displays the true skill of Bruce as a martial artist.

Enter The Dragon launched in 1973.

Due to the sheer quality of the fight scenes and it’s overall impact on martial arts culture, this will have to be ranked as my greatest fight movie of all.

Get the BluRay or stream this classic on Amazon.

Don’t take my word for it, go watch these amazing martial arts movies yourself. 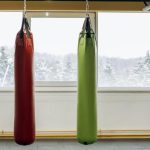