Francis Ngannou takes on Stipe Miocic for the heavyweight title at UFC 260.

Miocic has defended the title against some of the biggest names in the division.

Including beating Ngannou at UFC 220 by unanimous decision.

Now it’s time for the rematch, against a different, more prepared Francis Ngannou.

He’s come a long way since his last encounter with Miocic, winning his last 4 fights in spectacular fashion.

Ngannou’s punch was measured at 96 horsepower which is the equivalent of a Ford Escort hitting you at full speed.

It was also compared to being hit with a 12 pound sledgehammer at full force.

This is a match up of experience vs brute strength.

This is anyone’s fight! 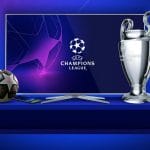